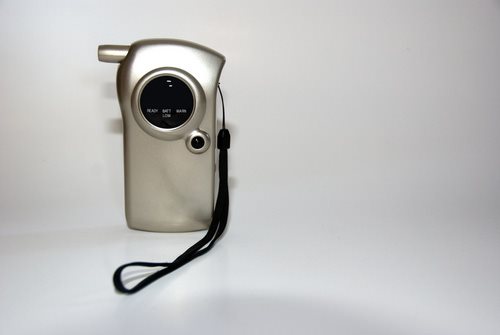 1. Common Usage
Breathalyzers are typically administered to people who are suspected of DUI offenses. For instance, a person who causes or is suspected of causing an accident might be administered a breathalyzer to determine if alcohol consumption and intoxication was relevant. Alternately, a person might also be pulled over by a police officer to have a breathalyzer applied, in the absence of any bodily harm or property damage but with observable driving behavior suggesting the probability of harm or damage in the imminent future.
2. Inadmissibility of Portable Breathalyzers
A breathalyzer may not be applicable according to the specific usage of a portable breathalyzing test. This rule is not uniformly applied in the U.S., but the majority of state legislatures have passed laws preventing portable breathalyzers from being used specifically to provide evidence which is admissible for court proceedings.
3. Incorrect Usage of Breathalyzers
Even if the results returned from a breathalyzer apparently confirm DUI charges, breathalyzer results can be invalidated if the device is administered incorrectly or impermissibly. In the minority of U.S. states which allow for portable breathalyzers, these devices are recommended to be administered in 2 separate tests.
4. Lack of Breath Test Operator Licensure
If the person who administers a breathalyzer is not properly licensed, then the results are not valid. The majority of U.S. states provide for Breath Test Operator licensure in order to ensure that breathalyzers are operated correctly and fairly for accused DUI offenders.
5. Federal List of Approved Breath Evidential Instruments
The specific breathalyzer device used, in addition to the Operator, must be fully approved for use in DUI cases. This rule does not vary by jurisdiction or state in the U.S., in that the U.S. government has issued a generally applicable Federal List of Approved Breath Evidential Instruments.
6. Inaccuracy of Breathalyzers
The demonstrable rates of inaccuracy for breathalyzers may be used to argue against DUI cases. Accused DUI defendants may wish to refer this argument against breathalyzers to their professional legal representation in order to ensure that it is applied most effectively. The inaccuracy of breathalyzers has been determined according to specific factors, including an inability to distinguish between alcoholic beverages and ethanol.
7. Illegal Stops
The results of a breathalyzer can also be invalidated by any illegal measure used in the course of a stop to determine whether a DUI offense has been committed.
8. Breathalyzer Application
The inaccurate application of a breathalyzer might be testified to by reliable witnesses as to the sobriety of the individual facing DUI charges. People who witnessed the behavior purported to have caused intoxication or were present at the time of the arrest might be called to testify and cast doubt on the breathalyzer results, such as with a supporting citation of breathalyzer variability in use.
9. Police Officer’s Professional Background
Doubt might be cast on the use of a breathalyzer by the prior record of the administering law enforcement officer. Legal representatives should accordingly inquire into whether any disciplinary actions were taken against the arresting officer.
10. Breathalyzer Malfunction
Any malfunction which occurs with a breathalyzer can disprove its results.