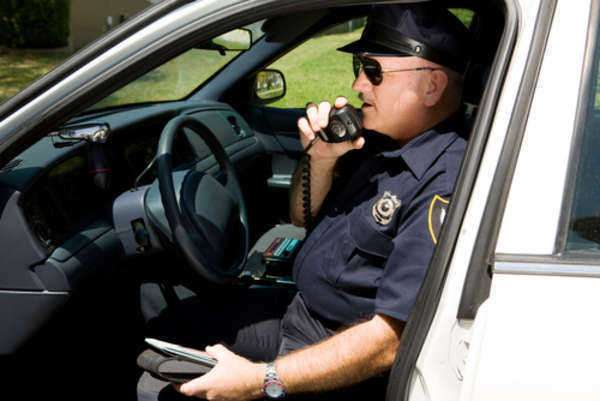 DUI checkpoints are roadblocks that are setup for officers to be able to visually examine drivers for signs of impairment while driving, and stop those they feel may possess the condition. Over the years the process of how these checkpoints are conducted have been subject to change, especially after a Supreme Court
Prior to the ruling, officers at a checkpoint used unconventional methods were used to stop cars. They were said to be stopped at random, but it was quite obvious that some profiling was taking place, as well as some levels of discrimination. With the help of the Supreme Court, some regulations were placed on DUI checkpoints to make them "legal" in the states where they are allowed.
These regulations were as follows: clearly visible warning lights and signs must be displayed signaling drivers of the upcoming checkpoint ; vehicles must be stopped only according to a predetermined formula (not profiling); public and officer safety are the most important aspect during these checkpoints;  the duration must be limited by concerns of intrusiveness and effectiveness; drivers must be detained for the minimum amount of their time as possible; locations for the checkpoints should be selected by policymakers, based on high level of drunk driving statistics; decisions must be made by supervisors; and finally, advance publication citing the time and place of DUI checkpoints is a requirement to minimize intrusiveness. All these guidelines must be met in order for a DUI checkpoint to function properly, legally, effectively to its extent.
Most DUI checkpoints take place at night, on weekends and during holidays. Approaching a checkpoint, one may see a combination of parking cones, a signaling officer, road flares, flashing lights, and outdoor work lights. Typically, nowadays the cars are slowed down as passing near the entrance to the off-road checkpoint, usually in an empty parking lot. As you come to yield near the officers, they look at the way you appear in the vehicle, your eyes, and any clear signs of impairment. If you show none of these signs, most likely you will be allowed to drive through and leave, pending you don't have a clearly expired inspection sticker.
If the officer sees a reasonable cause to stop you, such as red or glossy eyes, or erratic movements while slowly driving through, nervousness, etc.. they will signal you to pull into the checkpoint. Here you will be met by one or more officers and you will be asked for your license, registration, and proof of insurance. Judging by your movement, speech, any scent of alcohol on your breath (if present),  and visible signs the officer can dismiss his suspicion and let you get on your way, or keep you longer to confirm his suspicion.
If the officer suspects the driver of being under the influence he or she will subject the person to a series of Field Sobriety Testsbreathalyzer test (with the consent of the person). From here the DUI checkpoint is concluded, whether you end up on your way to your destination, or your destination becomes the back of a police car with a DUI charge on your hands.