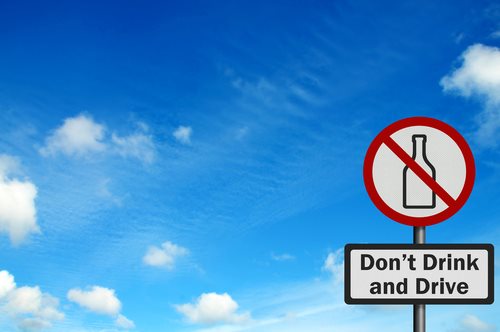 Origins
The origins of alcohol testing date back over one hundred years, and the creation of the first “breathalyzer” machine in the last century. Breathalyzer is simply a brand name for the device, but has been adopted as the general name for a breath content analyzer device in the last years.
A breathalyzer is used to measure the blood alcohol content of a human’s breath sample. Police officers use breathalyzers to acquire BAC readings of those they suspect of drunk driving. This BAC reading is then compared to the legal limit of the state to determine whether a person is indeed legally intoxicated or not. Today, personal breathalyzers exist for those wishing to take precaution before hitting the road and avoiding legal troubles and possible disaster.
State Limit
State BAC limits varied greatly in past years, but since then all states have conformed to one BAC level of 0.08. The states universally see this as the legal limit of intoxication. The fines and penalties one can face can be altered by how much over the limit a person was, such as a person being double the legal limit at 0.16.
Usually when subjects are well over the limit they receive no leniency in their sentence and are prosecuted to the full extent of the law, receiving harsher punishment. States also have a Zero Tolerance BAC limit in effect for those drivers that are found guilty of underage drinking and driving. These BAC levels still vary among states from 0.00 to 0.02, while 0.02 is the most commonly seen one.
Nation-wide Change in BAC
The nationwide Blood Alcohol Content limit was changed nationwide to a universal 0.08, bringing everyone on the same page. This change unified every state to sharing the same views on what was considered to be a legal limit for intoxication while driving. States passed bills that put into law the change to lower their limits that were once higher, usually 0.10, joining other states who already had made the alteration to 0.08.
This new limit showed the nation that the country as a whole would have less tolerance for people drinking and driving. The stiffening of penalties combined with this was a step forward in trying to lower the number of DUIs across the board, as well as alcohol-related vehicle accidents.
Errors and Common Sources
Breathalyzers have long been praised for the effect they brought to law enforcement in the battle against drunk driving. However, as helpful as these devices have proven to be, they can also be harmful to others. Certain breathalyzers that detect methyl alcohol in a breath can incorrectly pick up other substances where compounds of a methyl alcohol structure exist.
This would lead to a false positive reading of alcohol, possibly giving a BAC reading that shows the person tested, to be legally intoxicated. Breathalyzers can also give false readings from a person that has taken a sip from a drink recently, or even used mouthwash.  The amount of objects, and substances that can cause false positive readings are alarming for the sober individual, because it could land them in prison incorrectly.
Personal Breathalyzer Devices
Breathalyzer devices have helped law enforcement agencies enforce penalties on drunk drivers, and keep them off the road. They’ve provided officers with a non intrusive way for them to read a person’s BAC level to determine whether or not that person was above the legal limit of intoxication. In recent years, companies have developed personal breathalyzer devices that are portable and for the most part, effective in giving a person their BAC level.
These devices come in different sizes, ranging from the size of a mobile phone to ones that can fit right on a keychain. Personal breathalyzers have helped responsible people stay off roads by informing them when they have had too much to drink, and may not necessarily be able to feel it on their own. They are a great addition to help lower the number of DUIs.

Understanding The Associated Costs With An Attorney