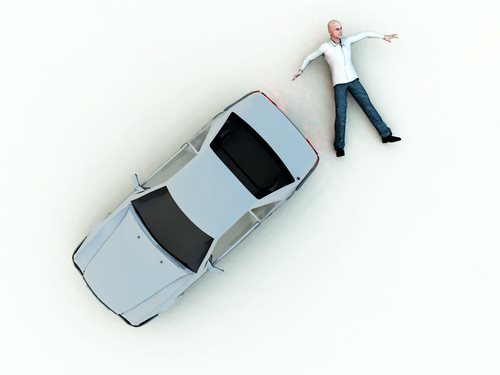 Background
Vehicular manslaughter refers to the crime of causing the death of a person due to the illegal driving of a motor vehicle. This includes drunk driving, gross negligence, speeding, or reckless driving. This crime can be charged as a misdemeanor with a maximum punishment of one year in county jail or a fine; or can be charged as a felony whereas the offender will face a prison term in state prison.
An example of a misdemeanor vehicular manslaughter charge would be driving a few miles over the speed limit when the accident occurred. A felony vehicular manslaughter charge would result if the driver was found to be under the influence of alcohol or drugs. Vehicular manslaughter was converted into law as a form to treat offenders the same as those of other grave crimes.
Purpose
Due to the rising number of vehicle related deaths over the years, a significant change was long overdue. When it came to be known that the number one reason for vehicle related deaths was drunk driving, time came for a change. States adopted into vehicular manslaughter into their law statutes to bring on a change to these negative trends. This law granted the right to states, to treat vehicular manslaughter offenders the same as those of other grave crimes.
Before these laws were passed, only weak sentences and punishment were given to those responsible.  They did not serve as a strong force to cause fear for those looking to violate the law. Most states agreed that it was time to put these people on the same level as of those committing manslaughter with any other weapon. This paved the way for a big change.
Inclusion in State Law
The inclusion of vehicular manslaughter into state law has been in effect for every state except three. These states are Montana, Arizona, and Alaska. These states do not recognize an automobile as a deadly weapon when it is in motion, like the others. For the rest of the states, the charge of vehicular manslaughter is universal in what it means, but the charges can vary. Some states view the circumstances leading up to the instance slightly different than others; therefore they use degrees to classify the charges.
Degrees can vary on the state of the driver at the time of the accident, and also be influenced by other details, such as their current status of their license. Some states today are attempting to strengthen the penalties they impose on those found guilty of vehicular manslaughter.
Sentencing and Charges
Drunk driving is the number one cause of vehicle-related deaths. With this said the charges for vehicular manslaughter have become much more stringent over the years. That means that in direct correlation, to penalties a person can face are also a lot tougher. The way the crime is treated can be influenced by things a variety of factors. These can be prior convictions, the severity of the crime, whether or not alcohol or drugs played a part, and sociological factors. An example of a sociological factor can be the way the community feels to the particular type of crime. A person found guilty of vehicular manslaughter can expect to face fines and or minor jail time, a full prison term, probation, license suspension, as a few examples of penalties.

Understanding The Nation-wide Change in BAC