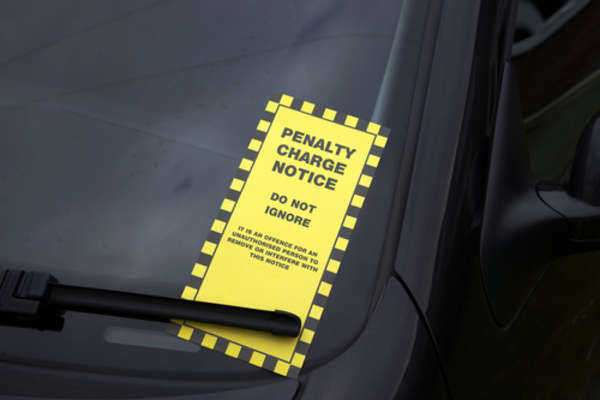 Your Guide to Traffic Tickets
Traffic tickets have been issued in the United States since 1904, when Harry Myers of Dayton, Ohio was ticketed for going 12 mph.  Today's traffic tickets are issued for a wide variety of reasons.  While most people still only think of traffic tickets as being for things like speeding or improper turns, today's tickets are issued for a number of different violations.  This guide will help you understand several types of common tickets that are issued by today's law enforcement officials and direct you to pages on laws.com that will give you more details on your state's traffic ticket laws.
Speeding Fines
The most common of traffic tickets is the humble speeding ticket.  If you travel at a speed higher than the posted speed limit (or higher than the default speed limit in some states), in most states this is considered always illegal.  In Utah, Texas, and Rhode Island [NOTE FOR EDITORIAL STAFF: please include links to these states when each of these articles is finished], the law regarding traffic tickets for speeding is significantly different: if you can show evidence that you were driving safely in spite of exceeding the speed limit, you may be able to fight speeding tickets received there.
Some states will allow municipalities to fine you, but not put points on your license, if you have only been charged with speeding a small amount.  Colorado, Florida, Michigan, Missouri, Pennsylvania, New Mexico, North Dakota, and Wyoming allow you to speed up to 5 mph without ever incurring points on your license (though police may still pull you over and ticket you).  In Kansas, Kentucky, Oklahoma, Montana, and West Virginia, you get no points for speeding up to 10 mph above the posted limit, and in Georgia you must be speeding at least 15 mph above posted speed limits to get traffic tickets accompanied by license points.
Driving While Texting
Driving while texting is a relatively new offense, and not every state has rules about texting while driving yet.  States with no anti-texting while driving statute include Alabama, Arizona, Florida, Hawaii, Idaho, Indiana, Maine, Mississippi, Missouri, Montana, Nevada, New Mexico, North Dakota, Ohio, Oklahoma, Pennsylvania, South Carolina, South Dakota, Texas, Vermont, and West Virginia.  The harshest traffic tickets for texting while driving are in Alaska, where texting while driving can be punished by up to a year in jail and a fine of up to $5,000.
Seat Belt Violations
Every state except New Hampshire requires at least front-seat occupants to wear a seat belt.  About half of states also require rear-seat occupants to wear seat belts as well.  You can be issued a traffic ticket for violating these seat belt laws, but in most states these traffic tickets are for relatively low amounts.  For instance, Kansas only charges $5 for a seat belt violation and no court costs, while Wisconsin and Missouri charge $10.
You can learn more about traffic tickets and fines in various states by looking at laws.com pages for each state's traffic ticket laws.