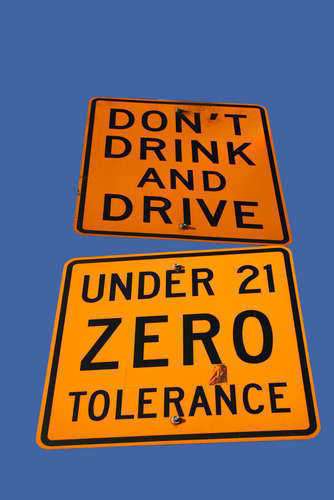 Guide to Consequences of a First DUI Offense
Being convicted of DUI can be expensive and cause major problems in your life.  The consequences for a first DUI offense depend on where you are being charged, but all states have significant penalties for driving under the influence of alcohol.  This guide will help you understand the range of penalties associated with a first-time DUI offense in the United States.  You will learn about the full range of punishments for driving under the influence, from jail time to ignition interlock devices that stop you from driving if your breath contains alcohol.
Fines
First-time DUI offenders are subject to fines in every state and the District of Columbia.  The amount that you will be required to pay depends on many factors.  The most significant of these is your state of residence—some states have significantly harsher penalties for a first DUI offense than others.  Typically, for a first-time DUI, fines are at least several hundred dollars and can be more than a thousand.
Your fine amount may also be impacted by your BAC level at the time of the accident.  Having a  higher BAC than the legal limit can aggravate the offense and increase your fine for a first DUI offense.  You will also be fined much more heavily if you caused an accident while intoxicated.
Jail Time
For first-time DUI offenses, you may not be required to serve any time in jail.  Typically, a first DUI offense is given only a small amount of jail time, if any, and you may be allowed to reduce or eliminate this portion of your sentence by satisfying a drug and alcohol counseling or rehabilitation requirement.
Suspension and Revocation of Licenses
Every state suspends or revokes the licenses of drivers convicted of a first DUI offense.  In some states, the suspension can be as low as 30 days, but in others, your license may be suspended for up to a year even if it is your first DUI offense.
In some states, you can regain limited driving privileges (for instance, to drive to work or school) after some of your suspension has passed.  Several of these states will require that you use a special license plate that indicates you have been convicted of DUI until your driving limitations are over.
Ignition Interlocks and Vehicle Confiscation
Penalties for a first DUI offense can affect your vehicle as well.  Some states allow an ignition interlock to be placed in your vehicle once you are convicted of your first DUI.  This ignition interlock only allows you to drive your vehicle if you breathe into a “breathalyzer” device and prove that your breath does not have alcohol on it.
In some states, the government is also permitted to confiscate your vehicle if the judge decides this is an appropriate punishment.  Your vehicle may be taken by the government and auctioned off even for a first DUI offense if you live in Florida, Indiana, Kentucky, Maine, Massachusetts, Oregon, Pennsylvania, or Virginia.

5 Things You Need to Know When Facing DUI Charges