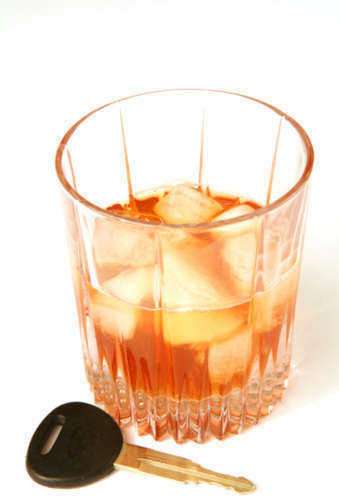 Nebraska DUI laws levy strict penalties for those caught driving with a BAC of .08 or above. These limits are lower for commercial drivers and those under the age of twenty-one; .04 and .02 respectively. Being charged with a Nebraska DUI that surpasses .15 BAC will result in even stricter penalties that can double sentences and fees. Nebraska law on DUI also provide for the prosecution of those found with any trace of controlled substances in their screening, and in conjunction with other charges, can result in a DUI charge. Many consider hiring a Nebraska DUI attorney to fight for the lowest possible end of the following penalties.

A first Nebraska DUI charge can result in a minimum of seven days upwards to one-hundred and eighty, in addition to a suspended license for a mandated minimum of six months. If the driver was found to have a BAC higher than .15, they can have their license suspended for one year. In addition, the court may issue an assessment and possible treatment for alcohol or drug related problems, permitted under Nebraska DUI laws.

Being charged with a second Nebraska DUI carries a mandatory minimum jail sentence of thirty days and up to ninety days. This minimum rises to ninety days up to a possible one-hundred and eighty if the driver is charges with a BAC at or above .15. Fines for a second Nebraska DUI can be up to five-hundred dollars and one-thousand if at or above .15 BAC. The charged driver will also have a license suspended for one year (double if at or above .15), an immobilized vehicle for five to two-hundred forty days, and a possible impounding or ignition interlock. Nebraska DUI laws also provide for the assessment and treatment of possible problems for the second charge.

Receiving a third Nebraska DUI charge could result in jail time from ninety days up to one year (minimum of one-hundred eighty and up to five years if at or above .15), a fine of up to six-hundred dollars (up to ten-thousand if at or above .15), a suspension of driving privileges for two to fifteen years (five to fifteen if .15 or above), possible immobilization of vehicle, and/or the installation of an interlock device. Again, the court will assess if treatment may be needed.

Unlike the majority of states, Nebraska provides for a fourth and fifth tier offense for a DUI. A fourth Nebraska DUI results in a felony and can carry with it a minimum jail sentence of one-hundred eighty days up to five years (one to twenty years if .15 BAC or above), a fine up to ten-thousand dollars (up to twenty-five thousand if .15 or above), a suspension of driving privileges for fifteen years, and the same aforementioned possible interlock, immobilization, and assessment.

Fifth Offense: Nebraska DUI laws provide a fifth charge of a felony that includes; a one year minimum jail sentence (one to fifty for .15 BAC or above), fine up to twenty-five thousand dollars, and a suspension of diving privileges for fifteen years.

What Are Insurance Surcharges