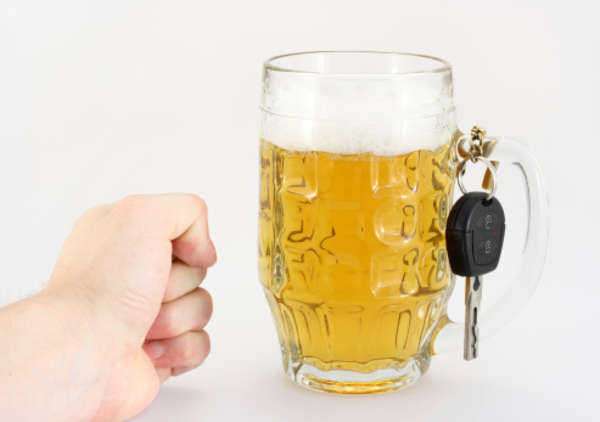 Quick Guide to Ohio DUI Laws
Ohio DUI Law
Ohio DUI laws carry strict penalties and fines that cannot only affect your finances, but your family and employment as well.  In Ohio, DUI laws are referred to as are referred to as OVI laws, or operating a vehicle under the influence.  For the sake of convenience, this article will still refer to laws and penalties as DUIs.
Specific DUI Laws
Code 4511.19 Operating vehicle under the influence of alcohol or drugs—OVI refers to general but specific Ohio DUI law.  If you have violated a law in this section, you may be entitled to fines, jail time, probation, suspension of your license, and more.  The Ohio DUI laws state that a driver cannot operate vehicle in any of the following circumstances:
(a) the person is under the influence or combined influence of alcohol or drugs
(b) the person has a concentration of .08 percent of alcohol in their blood
(i) the person has a concentration of 500 nanograms of amphetamine per milliliter of urine
(v) the person has 10 nanograms of heroin in one milliliter of urine
(vi) the person has at least 25 nanograms of L.S.D. per milliliter of urine
(vii) the person has a concentration of at least 10 nanograms of marijuana per milliliter of urine
There are number other Ohio DUI laws that apply, and you can view these laws by accessing the following link.
Penalties for DUI in Ohio
Ohio DUI law specifies different penalties for different numbers offenses.  Fines may vary from area to area according to local ordinances, but many of the fines listed below are fairly common within Ohio DUI law:
First Offense
Jail time- 3 days minimum, 6 days if BAC was .17 or above
Driver intervention program- 3 days
License suspension- six months to three years
Reinstatement Fee- $450
Fine- From $250 to $1,000
Second Offense
Jail time- 10 days minimum, 20 days if BAC was .17% or above
Electronic Home Monitoring- from 18 days to 6 months
License suspension- from 1 to 5 years
Vehicle Immobilization- 90 days
Reinstatement Fee- $450
Fine- from $350 to $1,500
Third Offense
Jail time- 30 days to 1 year depending on BAC level
Home Monitoring- from 55 days to 1 year
License suspension- From one to 10 years
Vehicle Immobilization- 180 days
Reinstatement Fee- $450
Fine- from $350 to $1,500
Ohio DUI law is always changing, so these limits may increase from year to year.
What happens if I refuse a chemical test?
According to Ohio DUI laws, you will receive the maximum sentence in most cases if you refuse a chemical test, but you may not lose your license for as long.  Ohio DUI law allows an attorney to reach a plea bargain in some cases, but refusing a chemical test will hurt your chances.
According to Ohio DUI laws, you will lose your license for one year for the first offense, two years for the second offense, and three years for the third offense.

What Are The DUI Cases