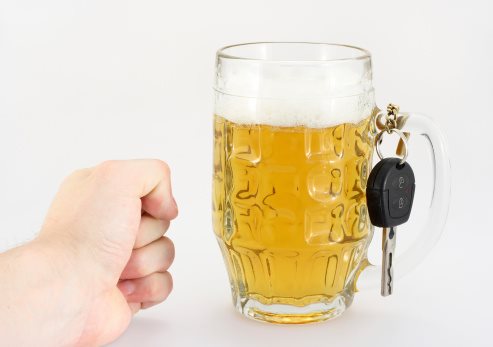 Indiana DUI laws use jail time, fines and license suspension much like other states. However, the state also uses victim impact statements as possible penalties for an Indiana DUI. For some people, the threat of jail time is not enough to scare them away from drinking and driving. Others are not afraid to drive with a suspended license because of the belief that they won't get caught.

That is why Indiana created the option of sending those who commit Indiana DUIs to listen to victim impact statements from people who either were hurt by a driver who was under the influence of alcohol or had a family member killed by a driver arrested for an Indiana DUI.

Hearing the pain and sadness from people who have been hurt because someone used poor judgment and deciding to get behind the wheel while their blood alcohol level was above the legal limit. Other first time offenders have to submit urine samples on a regular basis to show they have not been drinking. Taking these extra steps shows that people who make Indiana law on DUI are attempting to stop people from becoming repeat offenders with ways other than just jail, money and suspensions.

One Indiana DUI is a class "C" misdemeanor. The minimum jail term is 30 days and can go up 60 days. If your blood alcohol content is .15 or higher the sentence may go up to 1 year. The fine can be $500 or $5,000 depending on you blood alcohol content. Probation and a license suspension can both be up to 2 years. Other possible penalties for first time offenders are victim impact panels, ignition interlock device, community service, substance abuse education, and urine testing.

Indiana DUI laws place two-time offenders in the class "D" category. They spend a minimum of 5 days in jail and a maximum of 3 years. Fines go up to $10,000 and probation can last for 2 years. License suspension ranges from 180 days to 2 years. The same other possible penalties from the first offense may apply for two-time offenders.

Indiana DUI laws can call for up to 10 years in prison for a third offense and if the judge believes you are a habitual traffic violator. The minimum time to be served for a third Indiana DUI is 1 year in jail. A $10,000 fine could be placed on the third time offender along with an additional 2 years of probation. Once again, the additional penalties such as urine testing and community service are within the judges power to place on the violator of Indiana DUI laws.

Indiana has similar laws and penalties for those under the influence of drugs such as marijuana and cocaine who choose to operate a vehicle. The only way to be certain not to get an Indiana DUI is to refrain from taking illegal drugs and not consuming any amount of alcohol before driving. Indiana DUI laws are set in place to punish those who abuse their driving privilege and to keep the streets safe.