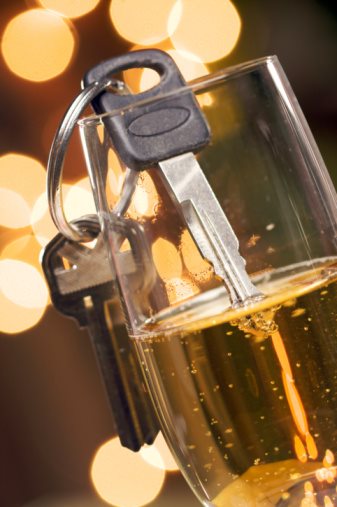 Maine law on DUI uses strict penalties and long jail sentences to punish and deter people from driving under the influence of drugs or alcohol. Unlike many other states, just one Maine DUI can land you in jail for 30 days compared to other states which have minimums closer to 48 hours for a first time offender.

Any drivers under the age of 21 in Maine should be aware that the state has a zero tolerance policy for under-age drinking and driving. A Maine DUI combined with under-aged drinking will result in a 1 year suspension of your license. The legal limit for a commercial vehicle driver to be under is .04. In Maine, a DUI is also known as an OUI, meaning operating under the influence. The driver can be illegally influenced by both alcohol and prescription or over the counter drugs.

Maine DUI laws show they are not soft on drinking and driving. A second offense will lead to a jail sentence of 6 months. To go along with the long sentence the court will take away your license for 3 years. The minimum fine doubles from the first offense, raising to $1,000. An ignition interlock device may also be part of the sentence which forces the driver to prove they are sober before driving.

A third Maine DUI will lead to a jail sentence of 9 months and 1 day. The fine is a minimum of $1,000. The license suspension is six years, however it is possible to have an ignition interlock device after 3 years.

Maine DUI laws call for two years in jail if you commit a fourth Maine DUI. The fine is $1,000. An ignition interlock device will be placed in your car following completion of the 6 year license suspension.

Maine and all of it's licensed drivers share an implied consent law which makes it illegal for a driver to decline a sobriety test. Doing so will lead to a harsher sentence from the judge. Maine DUI laws do not allow for a loop hole in the system such as declining a breathalyzer as a way to escape a Maine DUI. The implied consent law helps the prosecution show that the driver was intoxicated beyond reasonable doubt.

The sobriety test will not always hurt you however, as it may prove you to be within the legal drinking limit. Harsh penalties such as the ones stated in the Maine DUI laws are meant to not only punish, but also prevent individuals from driving under the influence.