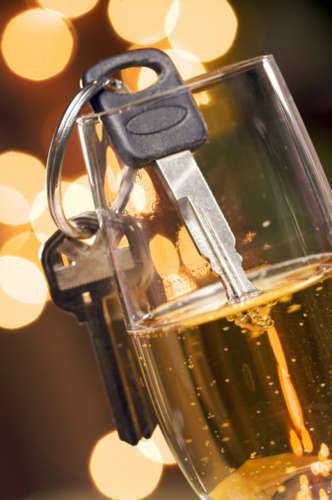 Guide to Colorado Traffic Fines
No one wants to see flashing red lights pulling them over—and the ticket afterward is even worse.  If you drive on Colorado's roads, you may want to know what Colorado traffic fines you might be subject to for breaking some common rules of the road.  This guide can help you to understand the usual ranges of Colorado traffic fines and let you know what to expect from traffic tickets in Colorado.
Please remember that this guide is simply to be used to tell you averages and maximum fine amounts, rather than telling you a specific fine amount in your case.  Repeat or habitual offenders, as well as people who have caused an accident with a traffic offense, may be subject to significantly higher Colorado traffic fines, as well as possible license suspensions.
Civil Infraction Or Misdemeanor?
Most Colorado traffic fines and tickets are issued for civil infractions, which are not punished in a criminal court.  Civil infractions carry no possibility of jail time (and you aren't entitled to a public defender to help you defend against them).  Civil infractions are still violations of the law, though, and you can have your license suspended even if you have only received a ticket for a civil infraction.
Misdemeanors are significantly more serious than civil infractions, mostly because they also carry the possibility of jail time.  It is more common for repeat offenders to be charged with a misdemeanor instead of a civil infraction for a traffic offense.  You may also be charged with a misdemeanor for driving on a suspended license or DUI/DWI.  The Colorado traffic fines for misdemeanors are significantly higher than for civil infractions.
Speeding Tickets
In the state of Colorado, your speeding ticket can be as little as $15 but as much as $100 for a first-time offense.  If you are charged with speeding in a construction work zone, your fines will be doubled.  Generally, how much your speeding ticket costs will depend on two things: where you were charged and how much you were exceeding posted speed limits by.
If you exceeded posted speed limits by more than 25 miles per hour, you will be considered a reckless driver and can be charged with a misdemeanor.  You will be subject to fines up to $300 and you may go to jail for 10-90 days.
Running Red Lights/Stop Signs
While Colorado traffic fines for running a red light or stop sign are not very high (expect around $80-120 depending on municipality), the points on your license can be very serious.  You will have four points assessed, and if you already had 8 or more points on your record, you will now have 12 points or more and be subject to automatic license suspension.
Because license points stay on your license in Colorado for a full seven years, it is important to remember that the Colorado traffic fines are not the only punishment when you run a red light or a stop sign.  Having your license suspended can be costly and embarrassing, so avoiding additional license points is important, especially if you already have been ticketed several times in recent years.