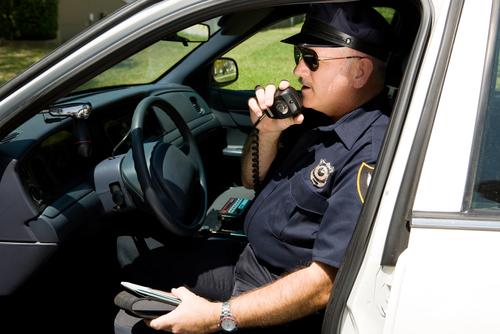 Guide to Indiana Traffic Fines
When you see the lights flashing behind you in Indiana and pull over for a police officer, you may be wondering what kind of traffic fines you may have to pay.  Traffic violations can be expensive and cause your insurance premiums to raise sharply, so understanding what kind of Indiana traffic fines to expect is important.  This guide will explain some of the most common traffic violations in Indiana and tell you what kind of Indiana traffic fines you can expect when being charged with an offense for the first time.
Please keep in mind that these numbers, unless otherwise noted, apply only to first-time offenders.  People who have offended multiple times are often assessed significantly higher fines.  You may also have to pay much higher Indiana traffic fines if your traffic offense caused an accident or endangered the people around you.
Civil Infraction or Misdemeanor?
While it may feel like you've been charged with a crime, most traffic tickets are actually for civil infractions.  A civil infraction is not a criminal charge and carries no possibility of jail time.  That doesn't mean a civil infraction has no consequences, though—you will still have to pay Indiana traffic fines, your license may be suspended, and your insurance rates may rise substantially.
None of those consequences can compare to the consequences of being charged with misdemeanors, however.  Misdemeanors carry all the same penalties as civil infractions, including Indiana traffic fines, but you can also be forced to serve time in jail if you are convicted of a misdemeanor.  Most misdemeanor charges will not result in a jail sentence, especially for a first-time offender, but if you are charged with some serious traffic offenses (like DUI) you should expect some jail time in addition to Indiana traffic fines being imposed.
Speeding Tickets
If you are given a speeding ticket in the state of Indiana, in general, it will be a civil infraction.  Indiana traffic fines for speeding tickets are significantly higher than the national average, but will cost no more than $500.  If you have committed several other traffic offenses besides speeding in recent years, your license may also be suspended for up to a year at the court's discretion.
Your Indiana traffic fines will be even higher (by at least $300, more for repeat offenses) for speeding in a work zone.  This additional fine applies to all work zones, even when workers are not present at the time.  If your speed is truly excessive, you may be charged with reckless driving, a misdemeanor.  This charge carries a punishment of Indiana traffic fines up to $1000 and up to 180 days in jail.  Your license will also be suspended for a period of up to one year if you are convicted of reckless driving in Indiana.
Driving with a Suspended License
If you drive with a suspended license in Indiana, you will be charged with a misdemeanor.  Indiana traffic fines for this misdemeanor can be up to $500, and your license will be assessed 8 points and its suspension lengthened.  In addition, you may have to serve up to 60 days in county jail.

What Do I Need To Know About Sobriety Checkpoints