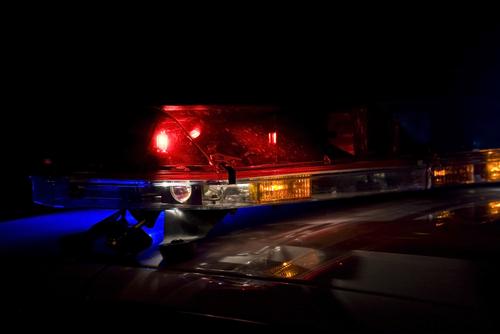 Getting a traffic ticket in Delaware can cost a lot for some offenses.  Between your insurance rate increases and your Delaware traffic fines, you may owe a lot of money, particularly after major traffic violations.  This guide can help you to understand what you may owe in Delaware traffic fines.
It is worth remembering that in Delaware, police officers have a large amount of discretion in charging fines.  Because of this, Delaware traffic fines can be substantially different in different areas.  Even two tickets written for the same violation in the same neighborhood could be different, if the police officer felt that one violation merited a higher fine because it presented a greater danger to others.
Civil Infractions versus Misdemeanors
Depending on why you are being ticketed, you will probably only incur penalties for a civil infraction for most traffic violations—especially as a first-time offender.  Civil infractions are the least severe kind of legal violation on the road.  You can be charged with a civil infraction for most common moving violations, like speeding, making an improper turn, running a stop sign, and so on.  These offenses are punishable with Delaware traffic fines and points on your license.
Misdemeanors are much more severe.  Not only can you be assessed with Delaware traffic fines for a misdemeanor charge, you can even go to jail—yes, even for a traffic offense!  This is usually reserved for habitual or repeat offenders, as well as people who commit very serious traffic offenses, like DUI.
Speeding Tickets
First-time speeders in Delaware should be happy to know that their speeding ticket is unlikely to cost them an arm and a leg.  Typically, first-time speeders are only charged Delaware traffic fines of around $20 the first time they are caught.
You can be charged a significantly higher fine ($100-300) for reckless driving.  Reckless driving is not defined at a particular speed, but if convicted of this misdemeanor you may also face 10-30 days in jail.
Aggressive Driving
Delaware is one of several states to have enacted statutes against aggressive driving.  If you break more than three traffic laws at once in order to drive aggressively, you will go to jail for at least 10 days and up to 30.  You will also owe Delaware traffic fines of up to $300.
Driving With a Suspended License
This is a very expensive violation even the first time you are convicted.  Expect Delaware traffic fines of up to $1000 for a first offense and up to $4000 if you are a repeat offender.  Your suspended license will not only remain suspended, the state may lengthen your suspension at its discretion.  You'll also spend 30 days in jail, at a minimum, for your first offense—and at least 60 days if you've been convicted before.
Texting While Driving
One of the newest civil infractions you can be charged with on the roads is texting while driving.  In Delaware, this carries a $50 fine the first time you are caught.  Repeat offenders can be expected to fork over $100-200 in Delaware traffic fines.  If you're a teenager with a learner's permit, beware—you can be fined for using any cell phone at all, even hands-free, on Delaware roadways.