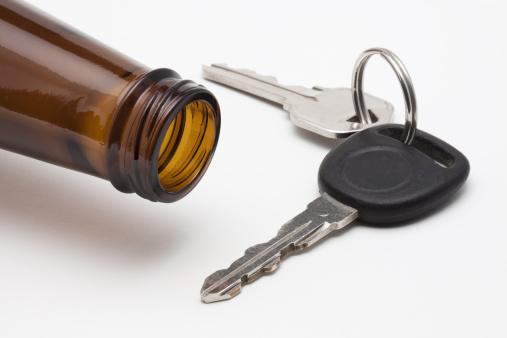 Guide to Pennsylvania DUI Laws
Unlike many states, which have a single BAC cutoff level for drunk driving offenses, PA DUI laws recognize three tiers of drunk drivers.  Understanding Pennsylvania DUI laws can help you to explore your legal options if you have been accused of a drunk driving offense.  This guide will explain the tiered system of PA DUI laws, as well as the penalties for being caught driving drunk at each of the tiers.
BAC Levels
The three tiers of drunk driving recognized by Pennsylvania DUI laws depend on blood alcohol content (BAC).  If you are caught driving drunk with a BAC between .08 and .099, you will receive general impairment penalties.  Drivers caught with a BAC between .10 and .159 will receive “High BAC” penalties, while drivers testing at .16 or higher will receive “Highest BAC” penalties.
Penalties
The penalties for violating PA DUI laws depend on which tier you fall into.  While BAC determines the tier for most people, commercial drivers and minors who are caught driving drunk will find themselves in the “High BAC” penalty tier rather than the “general impairment” tier.  In general, you can expect the following penalties for a violation of Pennsylvania DUI laws in each tier:
 In the general impairment penalties tier, your drunk driving offense will be considered a misdemeanor, punishable by up to 6 months of probation.  You will be required to go to traffic school and pay a $300 fine, and PA DUI laws allow the court to require alcohol counseling and treatment.
 If you are tested in the high BAC range, you will owe a fine of $500 to $5000, and will see your driver's license suspended for 12 months the first time you violate Pennsylvania DUI laws.  You will also have to attend traffic safety school and alcohol counseling and treatment.  PA DUI laws also mandate that offenders in the high BAC range be incarcerated for 48 hours to 6 months.
 Drivers who are convicted of violating Pennsylvania DUI laws with a BAC of .16 or higher can expect a 12 month license suspension, 3 days to 6 months of incarceration, traffic school, alcohol treatment, and a $1000 to $5000 fine.
Refusal to Test
People who refuse to submit to testing for alcohol or controlled substances may be subjected to penalties for the highest BAC level.  PA DUI laws recognize the notion of implied consent to drug testing, and if you refuse to test, your license will be suspended for 12 to 18 months.  The officer arresting you is required to notify you of the potential penalties for refusing to submit to a chemical test of breath, urine, or blood.
Plea Bargaining
Some states allow defendants charged with DUI law violations to plead guilty to a lesser offense to avoid a drunk driving conviction.  Pennsylvania DUI laws explicitly forbid this kind of plea bargaining.  If you have been convicted of a violation of PA DUI laws, it will be on your record for ten years as an aggravating factor if you subsequently are convicted again of a DUI.

How To Beat A DUI

What Are The DUI Offenses