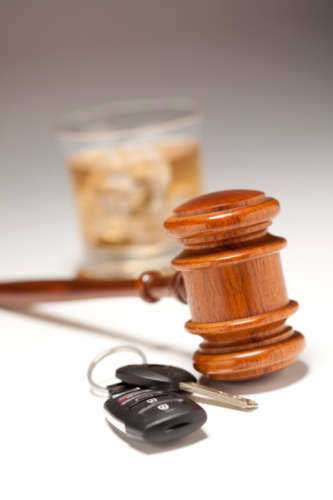 Ignition Interlock Devices (IID) are a electronic devices that are used as a means to deter drunk driving. The small electronic devices are about the size of a basic cell phone and are attached to the dashboard of a vehicle and control the engine start. The driver has to provide a  clean (alcohol-free) breath sample into the device in order for the vehicle to start.

The breath sample must be under the preset BAC level, according to state requirements in order for it to be clean. The device also tests the driver’s breath while driving to assure that the driver entered the sample, and prevent tampering.  IID’s use a fuel cell that causes a chemical reaction when alcohol enters the device, and through an electric current cause the BAC level can be read.

Ignition Interlock Devices were designed specifically to prevent a drunk driver from getting behind the wheel of a vehicle. The rising number of alcohol-related vehicular deaths drew great concern from many people and organizations. The penalties that were in effect weren’t working, primarily because of the significant distance between them. Most people (first time offenders) received light sentences a fine and/or community service/probation/short term license suspension, whereas others (repeat offenders) received long term to permanent suspensions of license and significant jail time.

A need for a middle ground was necessary and the introduction of the IID device made that possible.  The device would not only help prevent drunk driving offenders from repeat offenders, but also serve as a way for first time offenders to avoid additional sentencing.

The positive effect the installment of Ignition Interlock Devices has brought to the United States and Canada has led to the rise in use. The numbers are there to show the number of drunk drivers kept off the road each year thanks to the IID’s, and the numbers are extremely high. The devices themselves also record any data activity for a certain period of time.

Due to the fact that they require calibration at intervals spanning from 30 to 90 days, this data can be monitored. During calibration, the activity data of an IID is downloaded and reviewed. If the readings show the driver attempting to bypass the system using someone else’s breath sample, and then getting caught during the driving sample, this can lead to additional sanctions. These devices can thoroughly and effectively help to ultimately keep a drunk driver off the road.

For the most part, the use of IID devices has received a highly positive response and a demand by the public and politicians alike to install them more often. In some states these devices are mandatory for anyone that is convicted of drunk driving, whereas in others, bills have been proposed to join them and do just that. This has led to some controversy, especially from the general public.

People believe implementing these devices through such a law would prevent judges and governing bodies from determining the true character of the person being charged. They believe the uniform penalty wouldn’t be a fitting one for first time offenders as opposed to people who drive drunk on a regular basis. Others argue that this is irrelevant because a person who drove drunk once made the mistake, and must take the necessary steps to prevent it from happening again. This debate will continue to build, but mainly those in favor of these devices being installed in all cases make up the majority.